The Russian invasion of Ukraine on 24 February 2022 unleashed a major humanitarian crisis in Europe. People in the Ukraine are in need of essential provisions including water, food, medicine, shelter, etc. 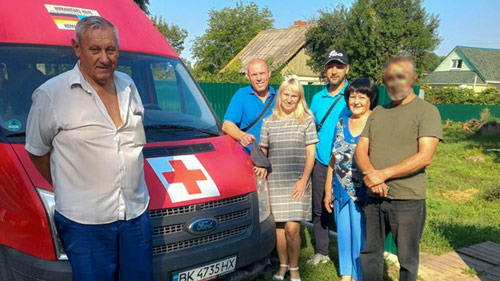 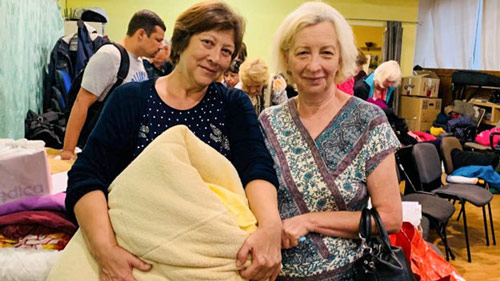 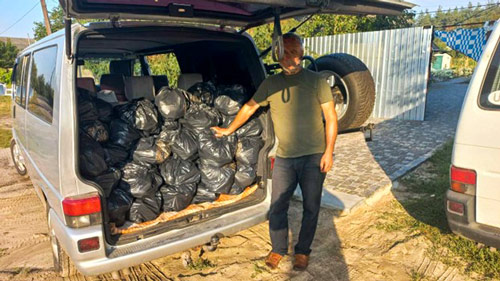 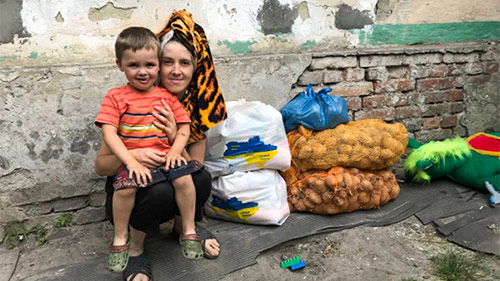 Photos of the humanitarian response of IAFR partners

When we began, the priority need was for vehicles in Ukraine to help transport assistance to vulnerable people.

Then the most pressing need became food. The vehicles we helped provide were soon transporting food into conflict zones. When the vehicles dropped their load, they filled with people needing to evacuate to safety.

As winter approached, the priority need shifted to help people survive the cold. So we helped buy and transport generators and wood burning stoves.

Now we have learned that Ukrainian pastors and their families often lack the ability to heat their homes or pay their electricity bills. In November, hundreds were forced to leave their homes and communities for this reason.

The need to strengthen hope and provide safe and supportive community is something that only the local churches can do. And so the current need is to help pastors with this need so that they can stay to serve the people in their communities.

As a Ukrainian pastor recently told us,

"Not only will this help the people in their communities, it will also help the internally displaced Ukrainians staying in the cold homes of these pastors - for they are all hosting families uprooted by the conflict."

The generosity of our financial partners has been remarkable as we work together to help people survive and recover from the humanitarian disaster in Ukraine.

Watch the Facebook Live recording below of Tom Albinson giving an update from Kosice, Slovakia on 2 December 2022.

We are focusing our efforts on helping local churches in Ukraine respond to the crisis in the region. Their important work is often not on the radar of international agencies.
‍
Together with a church in Kosice, Slovakia, we are listening to church leaders in Ukraine as they inform us of critical needs on the ground.

When IAFR began responding to the crisis in early March 2022, we were assisting a Polish church on the Ukrainian border as it cared for a wave of incoming refugees to their city. Over time, the need for assistance there dwindled and we refocused our response on helping people in Ukraine.

In the first 6 months of the crisis, we also assisted a network of churches in Uzhhorod, Ukraine, with food, vehicles, and shelter needs related to their service among internally displaced Ukrainians. As this network is now receiving support from a large mission agency in the US, we have refocused our resources on our partnership with the church in Slovakia.

We are thankful to our generous financial partners as we have received over $165,000 for this fund since the Russian invasion of Ukraine.

In December, we are making a transfer of over $12,000 to our church partner in Slovakia to help Ukrainian pastors (and their families) stay in their communities by assisting them with costs related to heating and power.

We also sent 1 month's food supply in August for 270 IDP in the care of an alliance of ministries in a Ukrainian city in the far west.
‍
In July, we financed a delivery of 2 tons of food to a ministry in Kharkiv. One ton was sent from a Ukrainian seminary that serves as a relief staging point. The other was sent in from Slovakia.

We also funded 5 tons of a 10 ton transport of food that will be distributed to "the hottest war places". Vehicles funded by IAFR were used for distribution.

In May, we enabled our partners to send 22 kilotons of relief supplies for people in Kremenchuk, Cherkassy, and Kharkiv.

IAFR helped buy a used vehicle to help a local church ministry in Selydove. In the words of the local pastor, "The issue of a larger transport became acute, because an old small car became insufficient for the effective ministry in the frontline zone during the war. The need for migrants’ transportation and humanitarian and other goods delivery became urgent."
‍
We have helped fund at least 5 dependable used vehicles to help with the distribution of relief and the evacuation of people from conflict zones.

Funds have provided shelter, meals, clothing, transportation, and other kinds of practical assistance. Showers, toilets, and washing machines have been installed to help those sheltering uprooted Ukrainians meet these basic needs.