We're glad you want to learn about the global refugee crisis. We don't only want to inform you of the overwhelming realities. We want to also offer reason for hope!

But don't stop here! We can help you engage with refugees in life-giving ways! So be sure to check out our Training page and the IAFR Toolbox before you go! 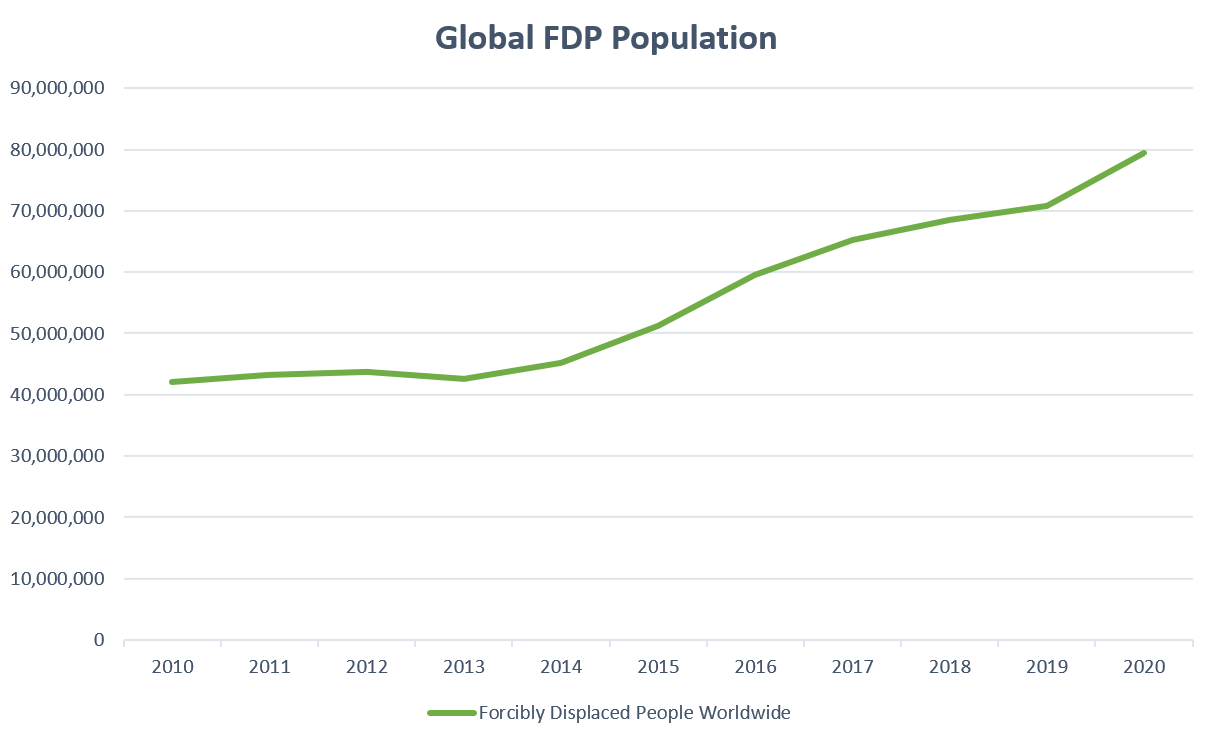 The number of forcibly displaced people (FDP) worldwide increased from 41 million to 80 million between 2010 - 2020.

These are people uprooted by war, gross violations of human rights and persecution.‍ 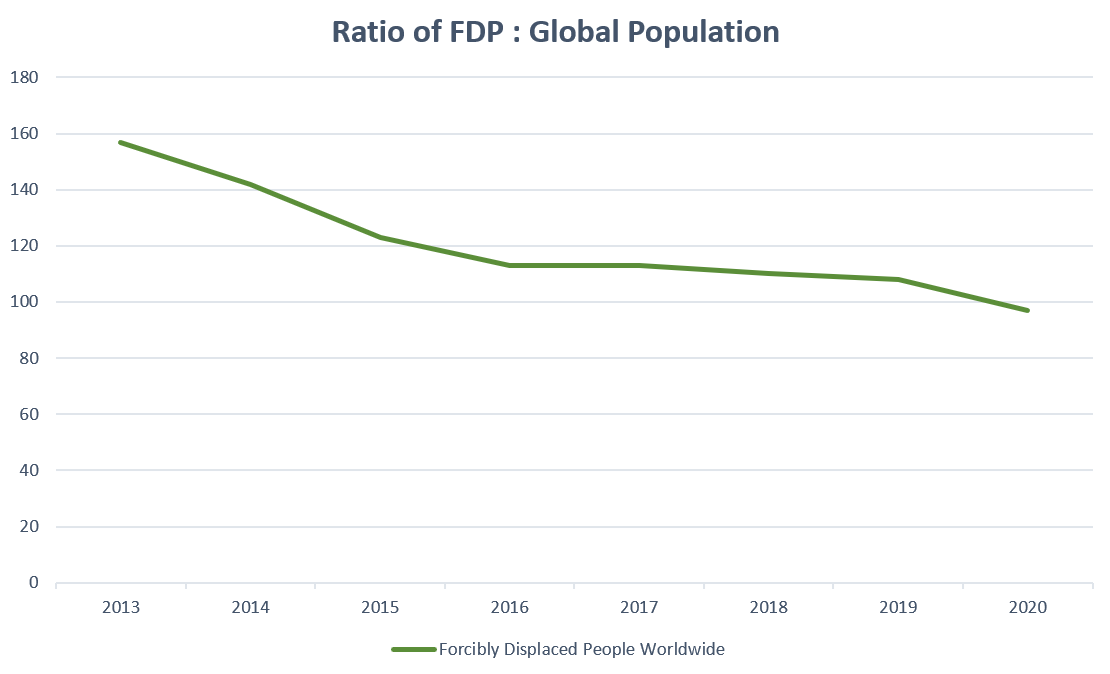 The ratio of forcibly displaced people (FDP) to the global population has steadily fallen between 2010 and 2020.

In 2020, 1 person in every 97 has been forcibly displaced by persecution, war and/or gross violations of human rights. 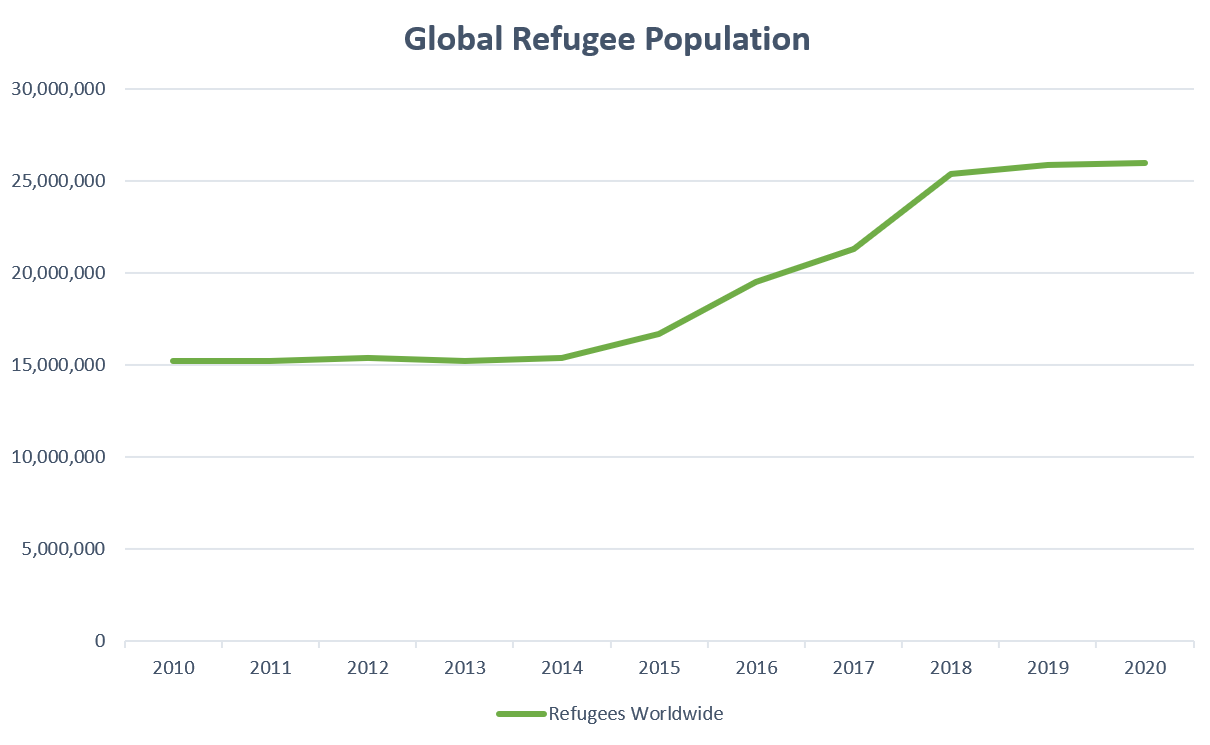 Refugees are people who were forced to flee homeland to escape war, gross violations of human rights or persecution.

They fear imprisonment or loss of life should they be forced to return to their country.

85% of the world's refugees are hosted by developing nations. 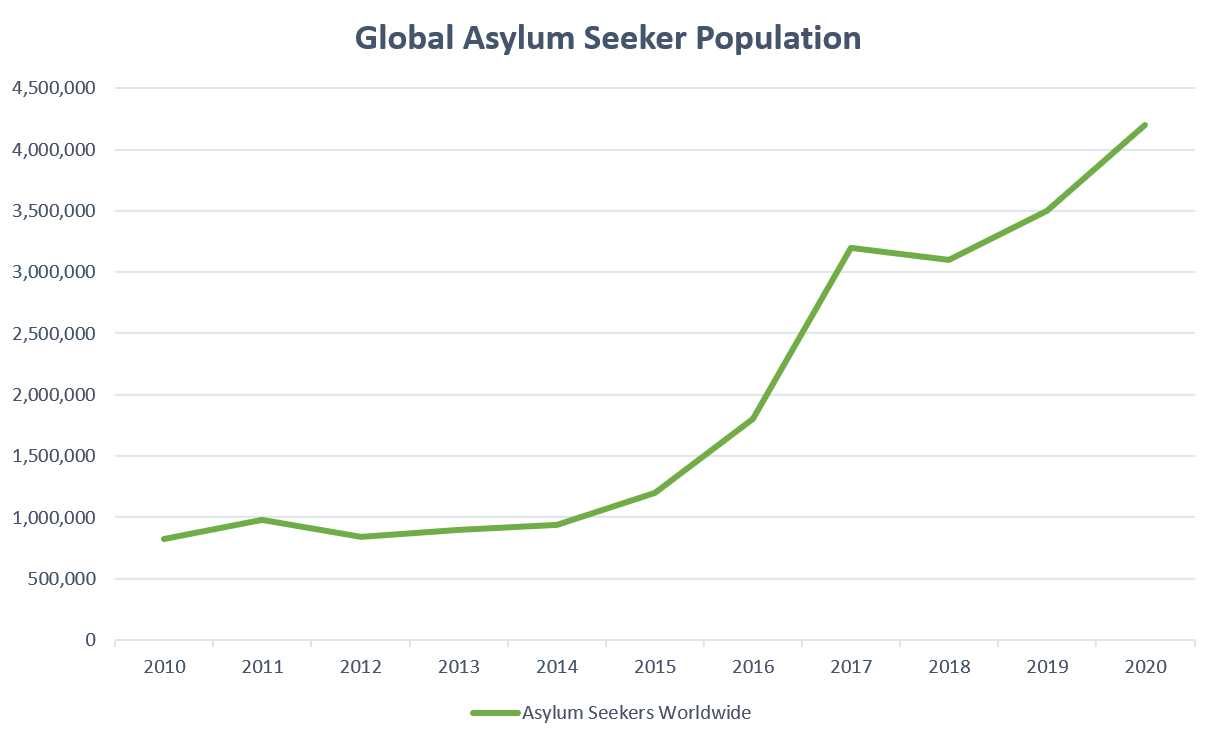 Asylum seekers are people who have fled their country and applied for permanent refuge in a foreign country.

The Universal Declaration of Human Rights declares that everyone has the right to seek asylum from persecution.

"Faithful Christian ministry will often take Jesus' followers to places where hope is in short supply: places where a sense of hopelessness hangs over a community."

Refugees are part of the solution.

God is Alive and Well on the refugee highway.

The church is present on the refugee highway.

It takes more than humanitarian response...

The IAFR Continuum of Recovery 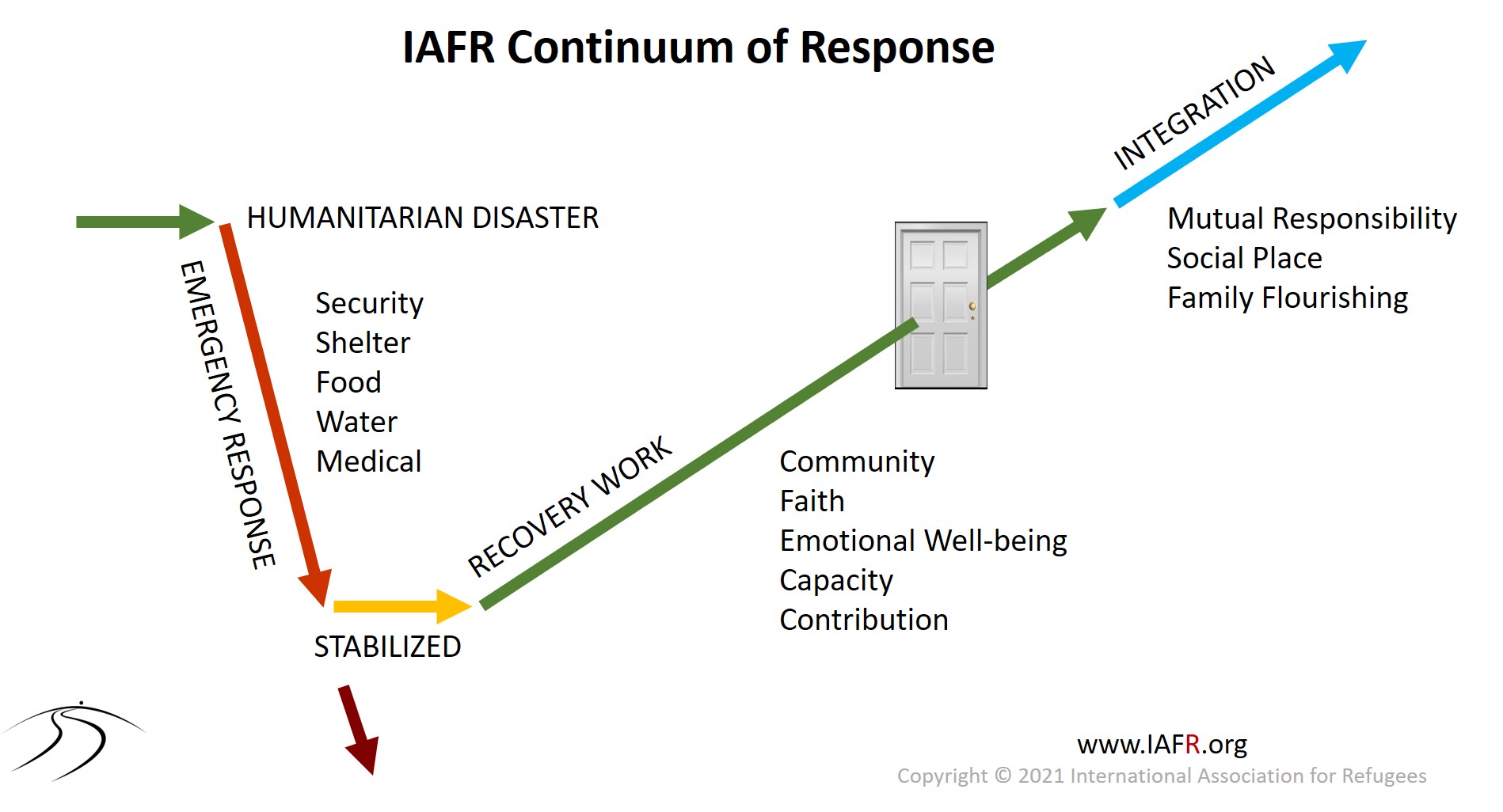 The response to the global refugee crisis requires more than the services of emergency relief agencies. It requires long-term recovery work that serves to strengthen hope and help refugees rebuild their lives.

Recovery work helps re-humanize people and restore hope by strengthening community, faith, emotional well-being and personal capacity. It also gets behind the ideas and solutions of refugees, recognizing the important part they play in finding solutions to their displacement.

Are you looking for resources that will help you get a well-informed perspective concerning refugees, asylum-seekers and internally displaced people (IDP) that you can also share with others? Visit the IAFR Toolbox where you will find the resources below along with many more! 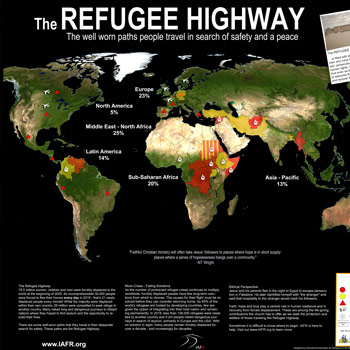 Map of the Highway

Current refugee realities along with biblical perspective all rolled up into a beautiful poster. 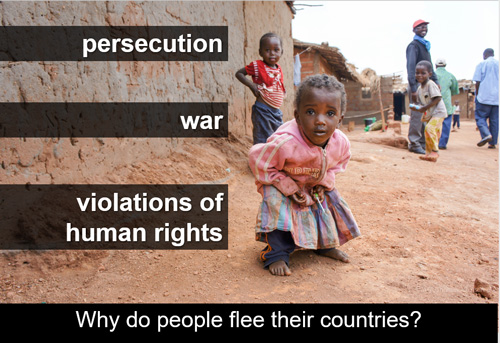 Intro to the Highway 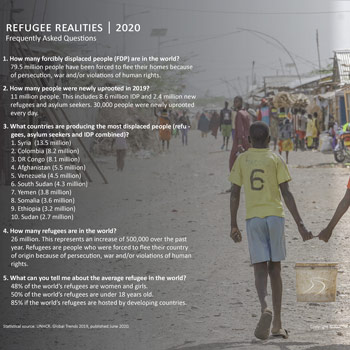 Discover answers to frequently asked questions about refugee realities in the world today.